This is in response to the rising need for shoppers to use gloves amid the pandemic. Amazon One provides a “contactless” way for customers to use their palms to pay at Amazon Go stores.

In this article, we will go over how Amazon Pay-By-Palm works, where it is available, and what the privacy concerns are.

“Cashierless” technology has been a project in the works at Amazon since at least March of last year. They started with the unveiling of a concept called Just Walk Out.

This technology was available to small retailers. It allowed shoppers to go into a store by swiping their credit card.

Some cameras, sensors, and deep learning then tracked what items the customers put into their shopping carts. Once finished shopping, the customer can “just walk out” of the store with no need of a cashier.

Here are the basics of how this scanner-like device works:

It only takes about a second. In a sense, when using Amazon One, the power to access the store and pay for your stuff is in the palm of your hand.

The new Amazon One is a small device that has a space designed for inserting a card. Above that is the scanner over which the user holds their palm.

To sign up for the service, a user inserts their credit card and holds their palm over the device. The device then connects the biometric identity of the palm with the user’s credit card number. This enables secure payments.

You don’t even need to be an Amazon account-holder to avail of this service. The only necessities are:

At present, there are two Amazon Go stores in Seattle that offer Amazon One services. Amazon hopes to introduce the technology in all its Go stores.

Amazon does have plans for Amazon Pay-By-Palm to be available to third-party retailers.

Some may be interested in using the technology in partnership with their own point-of-sale systems. Amazon also plans to include payment and loyalty card capabilities into Amazon Go stores.

Retail stores aren’t the only place where the Amazon One can be used, third-parties can use it too. Some options are in entrances to stadiums and office buildings, and other retailers.

While Amazon claims to be in talks with some interested parties, nothing has been announced as of yet.

However, due to Amazon’s history in using third-party data in an anti-competitive manner, we’re still not sure whether a third-party retailer would put their trust in Amazon’s hosting of their customer transaction data.

According to Amazon, they decided to use palm recognition due to it being more private than other biometric alternatives. This includes facial recognition.

The reason for this is that no one can determine a person’s identity by looking at an image of their palm.

Rather than storing them on an Amazon One device, palm images are encrypted and sent to a secure area in the cloud made specifically for the data.

Additionally, the act of holding out their palm is an intentional gesture by the user to access the service. Amazon therefore believes that this puts customers fully in control of when they decide to use Amazon One.

The individual details of the palm include surface area, lines and ridges, and subcutaneous features like vein patterns.

These are used to create a customer’s unique palm signature. The tech giant is relying on that fact to protect customer information.

The company promises that the Amazon One device does not store customer information.

In the event that customers decide to stop using the service, Amazon assures the complete deletion of their information.

This is as long as there are no open transactions. The customer’s Amazon One ID will also be automatically deleted if they do not interact with an  Amazon Pay-By-Palm device for two years.

Amazon has quite a controversial track record when it comes to the use of biometric products.

They sold biometric facial recognition services to U.S law enforcement though it recently put a one-year moratorium on direct sales to give legislators time to create regulations covering its use.

There is also a data privacy lawsuit regarding Amazon’s facial recognition technology. Civil rights complaints were also brought up against their Ring camera company that was revealed to be working in partnership with police.

Not long ago even, Amazon launched indoor drones meant for home security, in a new potential threat to the privacy of homeowners.

Finally, despite their promises, Amazon’s handling of data privacy is quite questionable.

They claim that users are able to delete their Amazon One data from the website. But they also said that some audio transcripts of interactions with its Alexa devices are not deleted.

This is even when these audio files are deleted by the user.

Knowing this, it’s no surprise if concerns and questions are raised as to Amazon’s plans to create a database of customer biometric data.

While institutions that issue credit cards might laud the new Amazon Pay-By-Palm scanning technology, the acceptance of the wider consumer audience might be more difficult to achieve. It could face a similar experience as did the advent of digital wallets.

Look no further than the launch of Apple Pay in 2014, as well as the subsequent launch of Google and Samsung’s competitor services the year after.

In 2018, Expert Market found that customers who used mobile devices as a method of payment made up only 3% of all U.S retail sales. The business-to-business (B2B) marketplace expects this to grow around double from 2018 to 2022, which still isn’t all that much.

Amazon’s not-so-great history of handling data privacy may also raise concerns which may be another obstacle to widespread acceptance.

Will Amazon One become an alternative form of payment someday? It’s a future possibility. However, for the time being, it is unlikely to make a big impact. 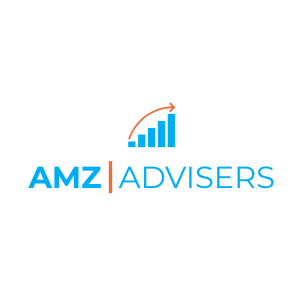