Recent investments by Target have them set to be a major player in online grocery shopping. We are going to look at the changes they have made and how Target’s online grocery business is positioning itself for the future. They are looking to take advantage of the segment which could reach $100 billion in sales by as early as 2022.

It hasn’t always been smooth sailing for Target in the grocery category. We are going to look at some of the early struggles Target had. Then we will see what changes Target made to start gaining market share in grocery. Next we will look at the consumer online grocery shopping experience on Target. And finally, we will cover how your grocery brand can position itself to grow with Target’s online grocery business.

Our goal is to provide you with the information to make the best decision for your grocery brand. We believe it is important to take advantage of the coming online grocery growth by positioning yourself well on the three major platforms; Amazon, Walmart and Target. Maximizing visibility now will lead to more sales over the coming years. And help you harness more opportunities to grow.

The Grocery category became a big focus for Target a few years ago. In-store grocery sections boost foot traffic, which had the potential to boost sales. In 2016, Target created dedicated teams to help manage grocery sections and shifted to focusing on more building larger organic and gluten free grocery sections.

Grocery accounted for about 20% of Target’s overall sales and the company leadership saw that investing in the area was important. eCommerce grocery sales were still small, but their in-store focus presented an easy route to increasing the share of sales. Competition from Amazon and other online platforms were also having a negative impact on Target’s overall sales.

Target hired between 10-60 employees per store dedicated to growing the grocery segment. The changes did not have the desired effect immediately, and Target still experienced a decrease in sales of about 1.1%. However, Target did not turn their back on the segment and continued to invest in grocery for the future.

How Target is Turning Their Online Grocery Shopping Around

Over the past two years Target has made some significant investments to their online shopping overall and in particular grocery. In late 2017 Target acquired Shipt for $550 million. Shipt is a delivery service that has local shoppers go pick out products for you. The acquisition allowed Target to offer customers same-day grocery delivery in 35 states.

Target’s Q4 results showed 6 straight quarters of growth in the grocery segment. They also made significant changes to their grocery division. They appointed new leadership and plan to remodel 1,000 stores to make eCommerce fulfillment more efficient.

The battle for online grocery shopping will be determined by consumer convenience and preference. Target’s Online Grocery business took a step earlier this year to address those issues. Target announced in June 2019 that it can now provide same-day delivery to consumers in 47 states – covering almost the entire United States.

A wide swath of Target’s grocery products are available for online purchase. More than 55,000 products are available for purchase in grocery and other product categories. One area that Target has received criticism of is their fresh produce selection. The quality has been criticized as sub-par, however fresh produce eCommerce shopping is a large challenge and not only experienced by Target.

Consumers can currently purchase groceries on Target’s website. They also have a few different fulfillment options. As we mentioned before, Target now offers same-day delivery in most of the United States. But consumers also have other options to get their groceries.

Shoppers can have curb-side delivery, known as ‘Drive Up’, at more than 1,000 Target stores nationwide. Target’s annual report noted that this service experienced 60% year-over-year growth from 2017-2018.

Target’s private label grocery brands have also been a large reason for their sales and growth performance overall. However, that does not mean that grocery brands cannot get onto the online Target marketplace and compete against Target’s brands.

Getting started in grocery on Target is currently not an easy task. But we believe that will change in the near future. Brands need to establish a vendor relationship with Target to sell grocery products. This relationship also likely requires having your products picked up to be sold in-store as well. The option to apply to a vendor is an advantage that brands have compared to the Amazon platform. Vendors can only be invited to establish first-party relationships with Amazon.

Target has created a third-party marketplace similar to those of Amazon and Walmart. Available categories are currently limited and do not allow groceries to be sold. Target+ is expanding its selling footprint. As online sales continue to contribute to Target’s growth, we expect it to continue expanding.

Establishing the first-party relationship with Target to sell groceries can be a pain. Although, we believe it is important for every grocery brand to try. Target’s grocery segment is constantly looking for new, attractive brands to add to their marketplace. Grocery brands that produce plant-based, gluten-free or organic products have a leg-up on the competition. Those product categories are a major focus for Target’s grocery selection.

Target is positioned well to compete against other eCommerce grocery platforms and traditional grocers. Target’s brick-and-mortar footprint is not as large as Walmart or Kroger’s. That footprint is already allowing the company to provide same-day delivery to most of the U.S. Improvements in efficiency should continue to expand and improve those delivery timelines.

The road has not always been easy for Target to become established in grocery. But we believe the investments and changes they have made position the company and platform strongly for the future. Our current focus is to help our grocery customers get established on the platform. It is something we believe other brands should focus on as well. Taking advantage of Target’s online grocery business can lead to continued growth for grocery brands for years to come.[/vc_column_text][/vc_column][/vc_row]

How to Add a Product Video to Amazon Seller Central Listings

How to Get Amazon’s Choice Badge for Your Products

How to Use Google Shopping for Amazon Sellers 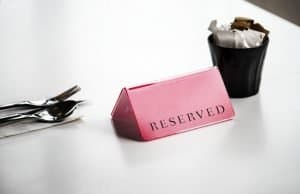 What is the Amazon Exclusives Program and How Can You Join